He has a wealth of knowledge from more than 40 years delivering training, in military and civilian life. Find out how Bill Gallacher came to share his skills at GTG. 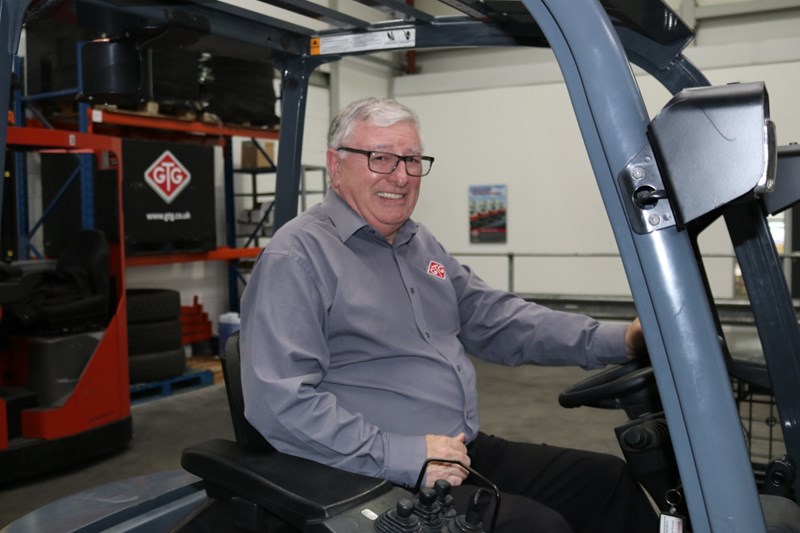 What was your experience in the armed forces?

‘I was a reservist in the army for 39 years and achieved the rank of Captain. I taught trained soldiers and officer cadets, and after leaving the reserves, I have worked with the Scout movement – my wife is the Scottish commissioner for adult training.

‘In the forces I went from private soldier to Regimental Sergeant Major to Captain. As a CBRN warfare instructor, I trained the frontline troops going to Iraq. I then went on to train trainers.’

What kind of work have you done in civilian life before GTG?

‘In civilian life, I ran my own employment agency, I worked as an HGV driver, I was a training advisor for the St Andrew’s Ambulance Association and I was an instructor/supervisor with the Youth Opportunities Programme (now known as the YTS). I am now a Fellow at the Leadership of Institute and Management, Fellow of the Chartered Management Institute, Grad IOSH and have a Teaching Qualification in Further Education (TQFE).

‘I really enjoyed working with young people – moulding them to be better people and giving them skills and qualifications. I was an awarding officer for ten years for both the SQA and the City and Guilds awarding bodies; it’s often been the case that some military qualifications don’t match up with civilian qualifications.

‘Regular ex-service people can bring a lot to a civilian role, but I think reservists can teach the military some things too – like how to apply life skills to a service role.’

How did you learn about GTG?

‘This is a really good company – one which does a lot of work to help and educate people. The learners at GTG get the best instructors, and there are some great roles here, too.

‘Ex-military personnel bring reliability, and integrity; there will be times when trainers have to be honest with people and put disappointing news across to candidates – like failing them under exam conditions. Dealing with people in the right way is important, as ultimately you want to get the best out of them.

‘When training people I ask, “What are you thinking of doing?” An army staff sergeant can earn £36k-£38k a year, so they have to look at their earnings and their long-term prospects when they enter civilian employment.’