Having left the army after 25 years, Weland Findlay has taken the next steps in his career thanks to GTG. 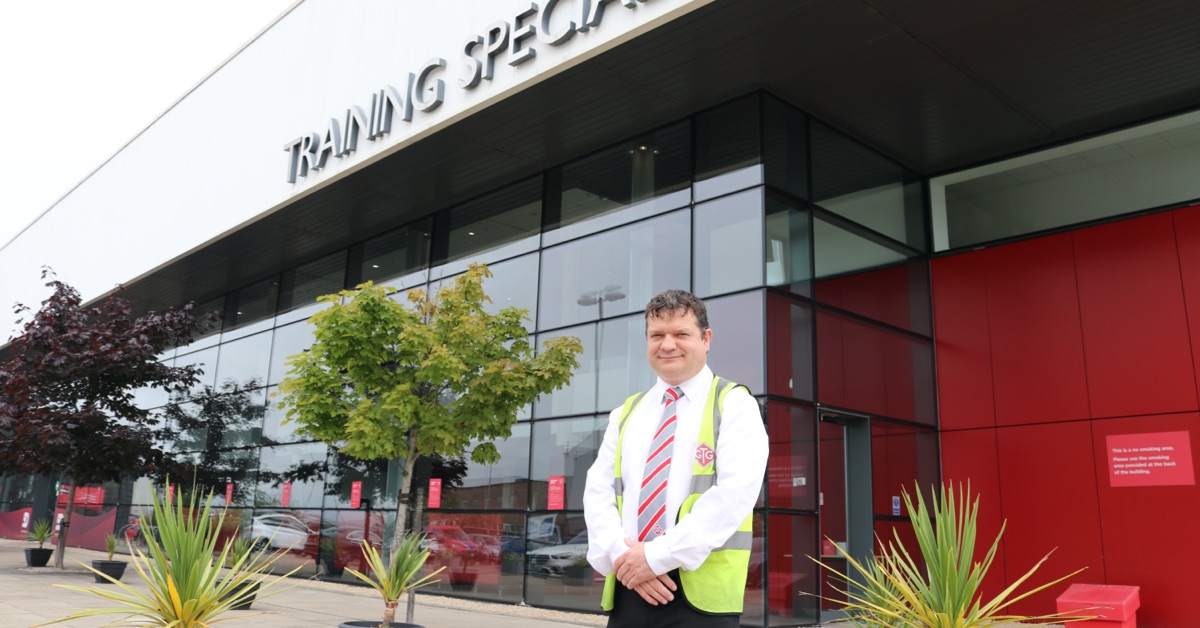 Weland Findlay travelled to all corners of the globe during his 25 years in the British army – but he has certainly found his feet in a change of career at GTG Glasgow.

Weland’s re-entry into “Civvy Street” was an admittedly daunting prospect for him after a quarter of a century in the armed forces, having built a career in the Royal Corps of Signals, working abroad with multinational forces, and having been an adventure training instructor for fellow service personnel, in areas like climbing, canoeing and caving.

‘Looking back, I had no plans for after the army’, Weland said. ‘I then trained at GTG through the resettlement scheme and was lucky enough to be offered a job here, as a driving instructor, in January 2012.

‘I didn’t necessarily want to go through resettlement at the time, but I had been encouraged to contact GTG to learn more about it.

‘Since starting work here, I have also worked as a forklift instructor, for B+C and C+E licences, I became a team leader four years ago, and for the past two years have worked as an assessor.

‘The assessor role sees me monitor the qualifications we provide and to make sure they at the very least keep up with industry accreditation body standards, of those such as the Scottish Qualifications Authority (SQA) and Skills Development Scotland (SDS).

‘Something I’ve noticed throughout my time here is that the standard of training is consistently high throughout the organisation; every candidate learns under an expert trainer, which ensures the same norms are being consistently applied by assessors when delivering the range of transport courses we provide.

‘I can work across all three GTG training centres if required, and will sometimes help out with external quality assurance on behalf of GTG. It’s been very fulfilling, there are no two days the same. You could find yourself in Campbeltown or in Wick with this role, working with distilleries, dairies, haulage companies – and that just adds to the job’s interest for me.

‘Another part of my role is training new assessors, and making sure they’re happy with how things are going. The team is small, and the working mode is relaxed – but there are always responsibilities to meet, especially when looking after other people and making sure they have the environment to do their job to the best of their ability.’

Weland described the sort of values at work that he feels his army career has instilled in him.

He said: ‘I think I have a strong work ethic, I approach my job “all-in” every day – I believe that that’s something I picked up from my time in the army. But I have practical skills from my years in the armed forces that I can draw upon too, responsibilities like delivering fuel tankers and carrying other hazardous material. It gives you a practical appreciation of driving HGVs and tankers, but also the need to deliver a consistently high standard of training, to be sure that the candidates are doing the right things under test conditions, as they may be asked to carry out work like this on the roads in real life.’

And GTG as a place to progress for someone leaving the armed forces?

‘I believe GTG is a great environment for those resettling from the armed forces’, Weland added.

‘I have met several colleagues here who have come through the resettlement programme themselves and begun new careers at GTG. It’s a healthy environment to work in, where you can communicate to raise any problems and work together to find solutions. That’s a really positive thing.’

Are you interested in becoming a transport driver trainer at GTG? Visit our careers section to find out more