From the field to the classroom: Dave Allan’s training journey

Dave served with the Black Watch and the Royal Logistic Corps for 22 years across two spells in the army and has been a reservist since re-entering civilian life in 2014. 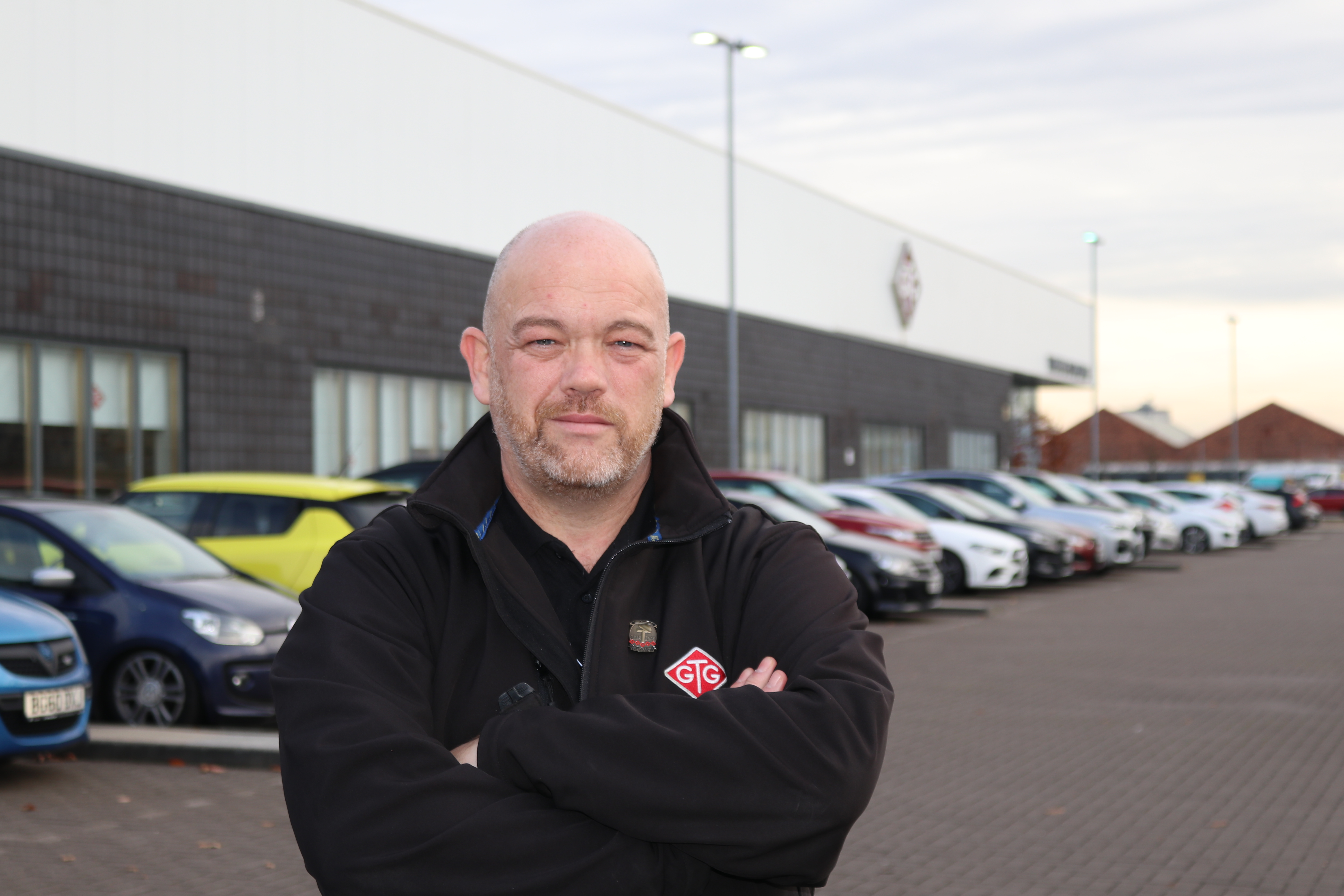 What was your role in the army?

‘I did lots of jobs in the army, from being an instructor on weapons systems and map reading, to health and safety in the field. I also had licences for lorry, bus and driver training.

‘Having started my own business on leaving the army the second time round, teaching first aid and manual handling, I had a contract at GTG to deliver forklift training. After that contract finished, I was looking for full-time work for more stability, and GTG offered me a full-time role here.

‘Now, my work is a mix of CPC driver, manual handling, and fire safety training.’

How have the skills you learned in the armed forces helped you at GTG?

‘I think service personnel bring good qualities to civilian roles such as discipline, and adaptability, as you’ll do many roles in the armed forces, and you’ll have to deal with last-minute changes for exercises or operations.’

What do you enjoy most about working at GTG?

‘What I enjoy at GTG is being given the autonomy to do my job. That creates a relaxed atmosphere. I’m happy in my role, with the variation between classroom and practical learning, but equally I would like to progress and take on an assessor role in the future with GTG. However, I’m content with what I’m doing right now.

‘I really like the flexibility to the role and being able to spend more time with my family and plan holidays.

‘A big difference between the two work environments is the timekeeping. If you look at the tearoom here, there will always be ex-soldiers in it well before the working day starts, because that is their way – they’re punctual. In civilian work, it’s normal for people to arrive just on time and clock in.’

What would your advice be to service-people re-entering civilian life?

‘My advice would be to plan ahead, even by a couple of years if you can. Lots of soldiers leave everything to the last minute, but it’s much better to know what you want to do and make a plan to achieve it. Many of them have commanded teams, held instructional roles in the forces, and even completed leadership qualifications.’

If you'd like support with your transition back to civilian life with MOD approved ELCAS training, get in touch with our Resettlement Team.